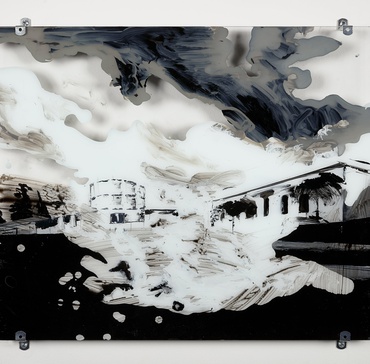 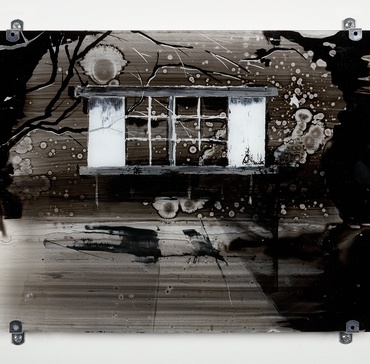 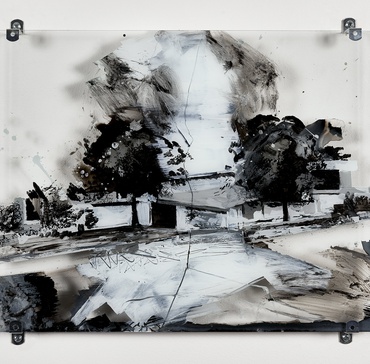 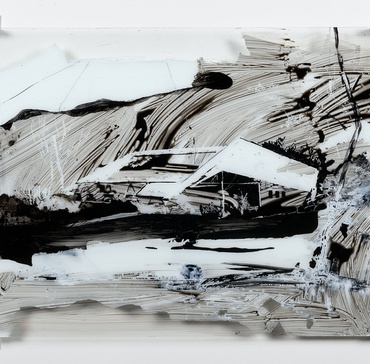 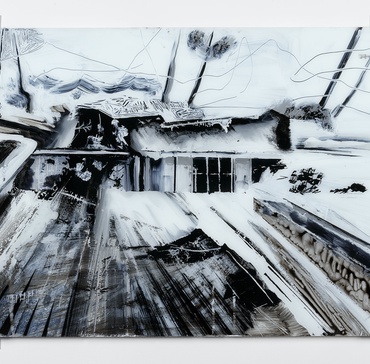 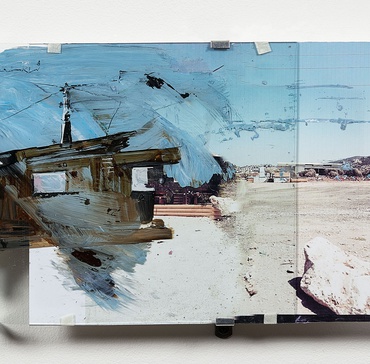 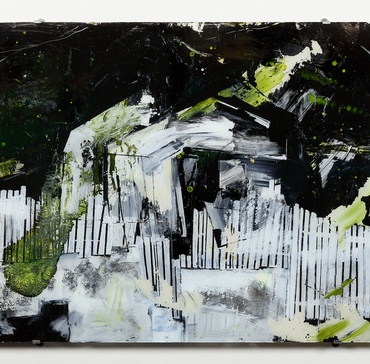 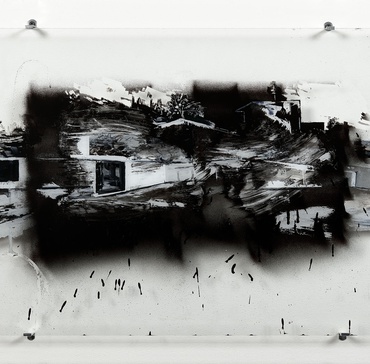 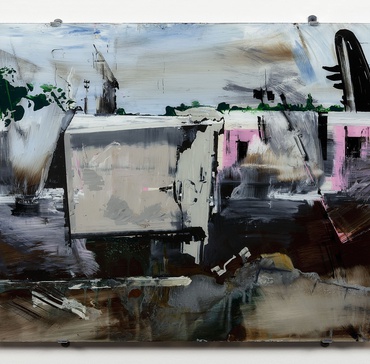 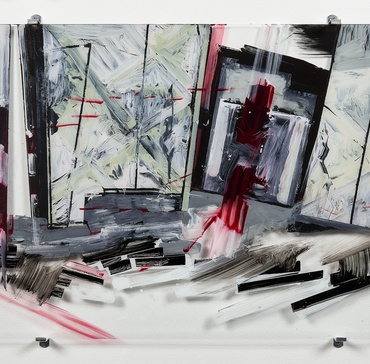 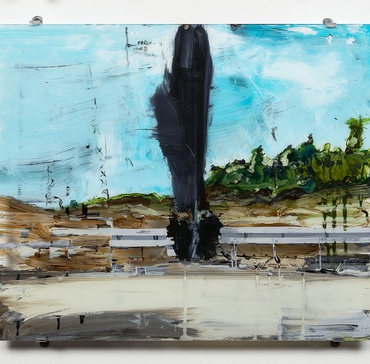 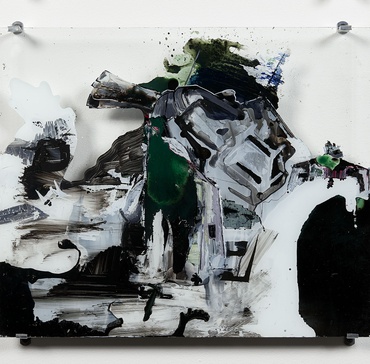 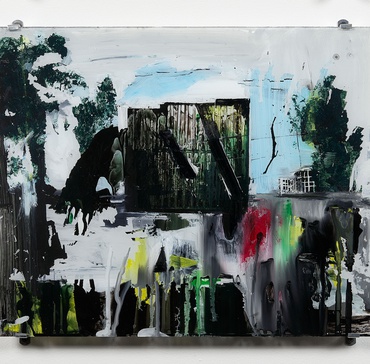 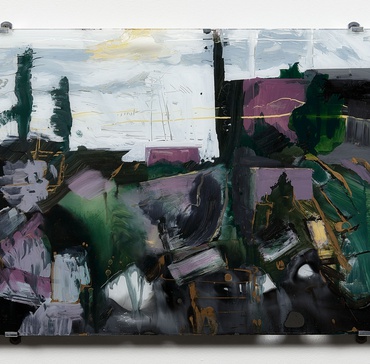 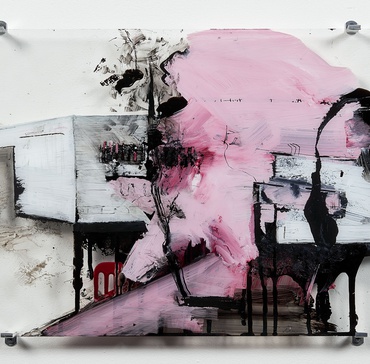 There's a mother tongue and there's a father tongue.

I dream in one, and I make art with the other.

I was born in a Kibbutz in Israel into a family of artists. I grew up in the children's house of the Kibbutz until the age of 5. Later, I moved with my family to New York. Two years later we returned to Israel to live in Tel Aviv.

The Kibbutz. With its endless fields of grass and eternal sunshine, was my first home. A deep-rooted barefoot touch with the earth.

Art, as a way of life, was always connected to a place or to leaving a place. It was always part of the reason and the attempt to move, to migrate, and to find a new ground.

New York is two years of my childhood. It was as far as possible from the Kibbutz in every sense of the word. My father got a scholarship and came to New York to study art. My brother did it 15 years later, and I did it 30 years later. It’s where my house is now.

New York is where you go in order to make art and to make yourself at home.

Forms of destruction, voids of collapse, and scenes of an unstable ground are central themes in my paintings. I use images of architecture in landscapes and break the logic of compositional form by constructing conflicts and collisions that occur within the subject matter of my work and its process.

Tel Aviv. It’s where all my senses come back to place. It’s so familiar, too familiar. Too intimate. Behind every street corner, there’s a surprise I could have seen coming. Nothing makes sense but everything is understandable. It’s so beautiful. It’s ugly. I dream of it; I can hear the sound of the night. I want to be there and I want to run away. There’s a constant conflict. It’s home.

Elements of control and uncertainty allow me to pursue the analogy between actual states of disintegration and the transgression of formal and stylistic boundaries in painting.

Landing in Israel. A sudden swoop into a greenhouse or into the salted sea. The familiar feeling surrounds you; it’s suffocating. You take off one layer of clothing no matter if it’s winter or summer. The hair and the skin are the first to react, finding their comfort in coming back home.

While referring to social, political and emotional structures, my paintings give expression to an anxiety brought about by a deep-seated sense of impermanence and lack of stability. Utilizing the language of organic and structural form, my work exposes the fragility of architecture, nature, and human nature, casting doubt on the stability of Painting.

The feeling of the ground falling under your feet is simultaneously physical and emotional, vertical and horizontal. It’s the feeling of an earthquake, but also the waking up from a dream; the moment of a breaking heart or falling in love; ascending on an airplane and migrating to a faraway land; being both home-sick and distance-sick; sensing the sweet and bitter taste of nostalgia and fantasy.

My painting is always two steps ahead of me. It holds knowledge and wisdom that I can only put into words in retrospect. "You make art from the waist up," my father once told me while discussing the directional movement of visceral knowledge as it makes its way to intellectual awareness. Uncertainty and instability are embodied in this method of working - from the body to the mind - and so are trust and confidence.

These undercurrents, with their associations of destruction and reconstruction (of the house and homeland), raise continuous and unresolved assumptions in which in my view and experience, utopia and entropy, inform my work and the foundational premise of Painting.

Michal Geva is an Israeli artist currently living in New York. She completed her MFA in Fine Arts at the School of Visual Arts in 2016. Geva was born in 1980 in Kibbutz Ein-Shemer, Israel. In 2003 she attended Gerrit Rietveld Academy in Amsterdam and received her BFA from Beit Berrel School of Art “Hamidrasha” in Israel in 2008. She participated in the Fellowship program for young creators at "Alma Home for Hebrew Culture" from 2011 to 2013. Geva took part in various group shows and art fairs in Israel and New York. Between 2010 and 2014 she had three solo exhibitions in Tel Aviv at 39 Gallery, Minshar Gallery, and Hanina Gallery. She also had a solo show at the Java Gallery in Brooklyn, New York. She was awarded a scholarship from the “America-Israel Cultural Foundation” in 2008, and a Rabinovich Foundation grant in 2013.

Forms of distraction, situations of collapse and sceneries of an unstable ground, are central themes in Geva's paintings. She uses images of architecture in landscape, and is interested in the distortion and interruption that occurs during the process of painting while referring to social, political and emotional structures.

These artworks are from Michal's recent paintings on glass. The images of landscape and architecture are taken from photographs that she took on her last visit to Israel and Europe while creating interruptions and glitches in the digital process. These references are painted on plates of glass in reverse.

Visit Michal's website for more of her work at www.michalgevaart.com.